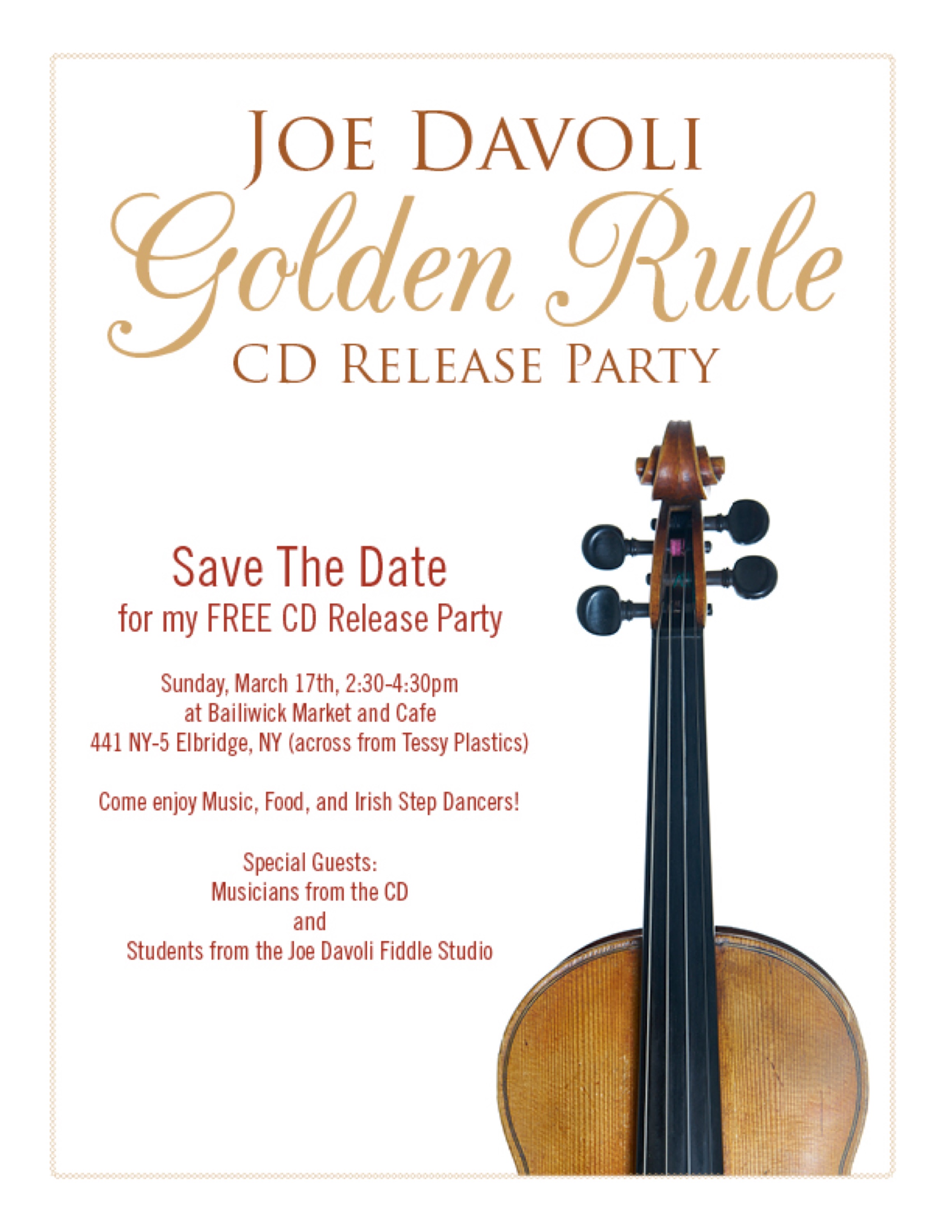 Available for weddings, cocktail parties and private events of all sorts -schedule permitting. Email me for information.

TUNE IN to TK99 on your FM dial this Sunday night, 9:00 pm! I’ll be on  the Irish Power Hour talking with hosts, Sean and Cabrina about my latest CD, “Golden Rule” + other hip Irish fiddle related stuff!

Looking forward to being part of this.

Solstice ‘18. What a weekend of concerts.

Solstice ‘18. What a weekend of concerts. Playing here with Andrew VanNorstrand, Casey Murray and Matt Vacanti.

Tickets and more information at www.livespaceentertainment.com.

Solstice at the Cathedral, December 6, 7, 8 at St. Paul’s Syracuse

The eleventh annual concert of music and light…

Solstice at the Cathedral concert is annual Syracuse tradition. This concert offers you a moment to reflect on the beauty of the season. Enjoy musical performances by some of Central New York’s most critically acclaimed performing artists coming together for four special performances. Featuring Joe Whiting, Artistic Director, Matt Vacanti, Musical Director.

Blast from the past! 2003. Jerusalem ridge -first fiddle tune I ever learned. Fox Family Bluegrass festival with Delaney Brothers. RIP Ray. Miss you my friend.

Ahhh nothing like sharing a nice O’Carolan tune with my buddy Burt Mitchel while waiting to soundcheck in Dubuque!